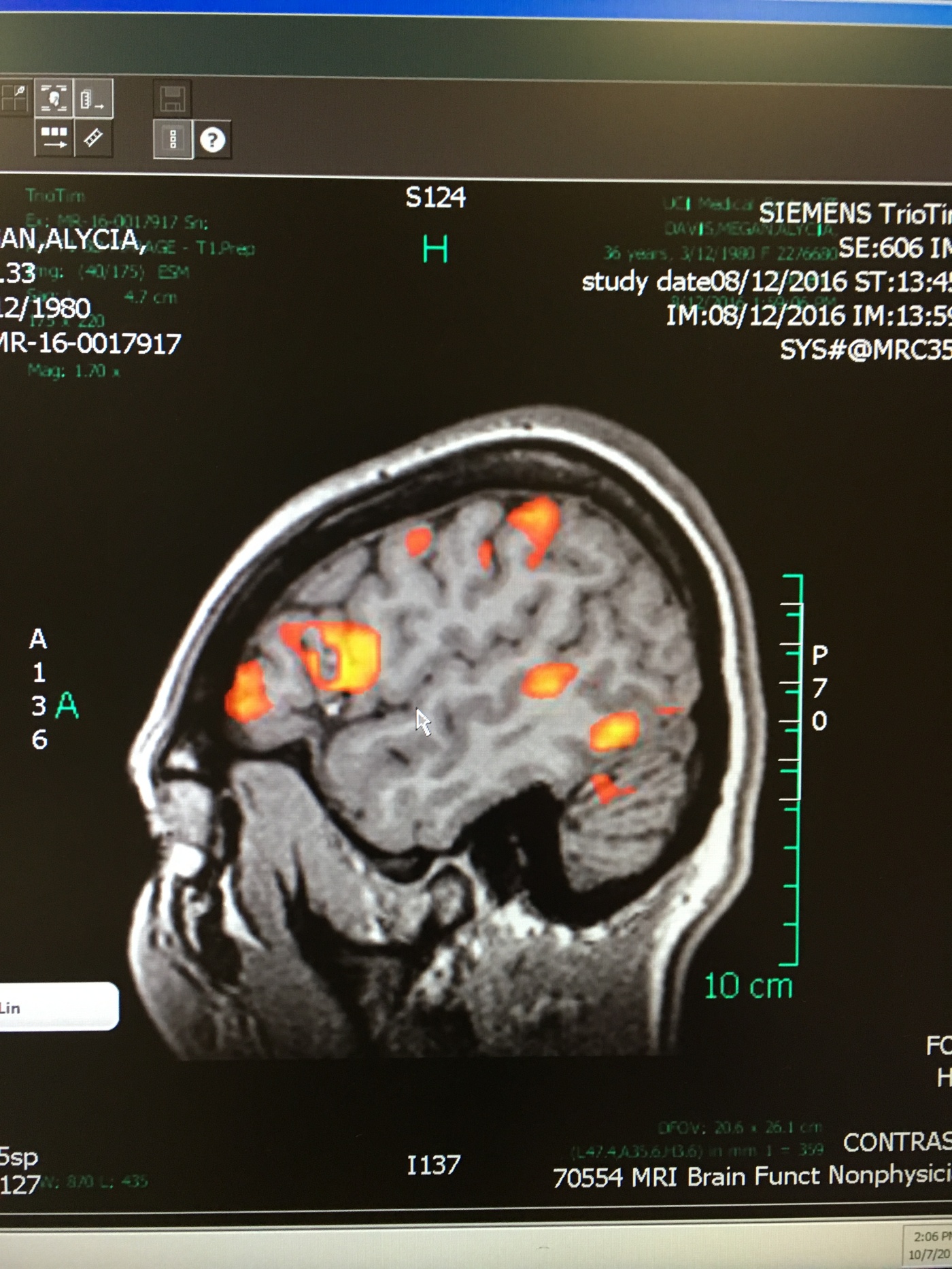 I’m not quite sure where to start. You can read my “intro” to Epilepsy and a brief review of the last 17 years in my bio on my blog, but it’s right now that I want to talk about. The medical “stuff.” My brain. lol So many of you have asked… So this is its current story:

I have a malformation/lesion in my front, left temporal lobe. I might’ve had it since birth or acquired it through some sort of head trauma; the former is more likely than the latter. However, through MRIs over the years, it’s changed a bit and at some point there was a bleed off of the malformation, so now it is accompanied by a tiny blood clot. They believe this malformation is causing my seizures- That it creates a sort of disruption in the neurotransmitting, making my brain go haywire.

Now what’s interesting and exciting is my new doctors have finally identified these secondary seizures as Generalized Secondary Focal Seizures. Simply put, they are smaller versions of a Grand Mal or Tonic Clonic seizure. These are the ones where I range from 2-30 or so in a night. Hence they are not myoclonic seizures as my previous doctor indicated. Being that there are 40 types of Epilepsy, and it is such a mystery to many, any sense of identification and certainty is priceless. So my husband and I were glad to hear an exact diagnosis. All of this was possible with the coordination of my MRIs and video my husband took of my most recent seizures on October 3rd. (That’s not a video I relish saving and sharing lol)

Anyways, after having tried 7 failed meds, surgery looks to be a very viable option. Initially, resection (where they would remove the piece of the brain containing the lesion) was the goal, however, the lesion is in my language area of the brain- speaking, memory, formation of thoughts- and so we’ve been doing all these tests to see if my brain accommodated the lesion and moved the focal point of language to somewhere remote enough from the malformation or if the malformation was still central to the language area. (Phew, that’s a long sentence.) In short, the functioning MRI came back as literally lighting up all around my lesion every time I would answer a question or form a thoughtful connection.

The pictures of my brain show the electrical language responses right around the malformation- yes, THAT’S MY ACTUAL BRAIN! lol :) Soooooo, resection is not an option; in the process, my ability to recall memory or speak could be jeopardized and lost. It’s all too close… (Although my hubby might appreciate a little more quiet time hahaha ;) )

And that leaves us with two more options. I can’t handle the way Keppra affects me. Although it’s decreased my seizures, it hasn’t stopped them and I’m constantly exhausted and suffering from bouts of “Kepprage.” I’m a happy person and if it isn’t stopping the seizures at this dose, increasing it won’t work and I won’t even be conscious enough in the second half of the day to have a mood swing or feel depressed. :) I’m going to stop blabbing:

Option 1: We are going to do an in hospital 5 day video EEG. This is where you check in and they monitor you for 5 days while on a lesser dose of meds and then no medication. Frankly, they want to see me have a seizure and then also look at the mapping of my brain’s activity as I have one. This allows for precision and accuracy in diagnosis and treatment. Once the EEG is over, I will stay on Lamictal and then start on either Vimpat or Brivaracetam. Hence, trying one more medication.

If that fails, it’s on to Option 2: A different type of brain surgery. (Again, see the model picture below for a visual.) This is a device implanted into the brain at the exact coordinates where the “malfunctioning” electrical activity is generating the seizure. There are two strips, each with 4 electrodes attached, laid over the specific sections of the brain. These strips are attached to a small device that would be embedded in my skull, on top of the brain, that uses the electrodes to sense an oncoming seizure. As soon as it senses one, it sends a small electrical shock to combat and stop the proceeding of neurons misfiring (a seizure). Think of a pacemaker, but implanted in your brain. For me, it would be in my left frontal lobe, language area. 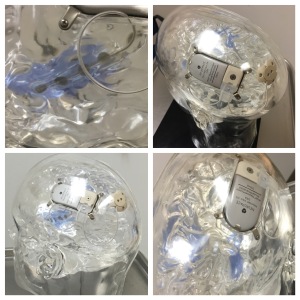 There are two steps to this surgery: Diagnostic & Therapeutic.

Diagnostic is first where they go into the brain and put a grid of electrodes over the area of the brain where the seizures are emanating. This grid is in place for a certain number of days, flap closed, and they monitor your activity. Also, for the language area, I would run tests that deal with thinking and vocalization while they use little zaps from the electrodes to test my responses while they are happening. Once they’ve gathered enough exact data, they go in and remove the grid. Then comes the Therapeutic aspect where they actually implant the RNS/Neuropace device. From there, one hopes to see a great reduction/cease in seizures and/or meds. It could take as little as a few months to see a difference and continuing improvements last over the span of the first 5 years…

Now, Brian and I obviously hope trying one more new med after the video EEG will finally control these seizures but if not, we regard this surgery as a very strong and possible option.

And I have to admit, I like the idea of “possibility” after so long without it.

I’ll keep you posted :) And thank you as always, for letting me share my journey with you…

2 thoughts on “MY Epilepsy in Real Life: An Update” 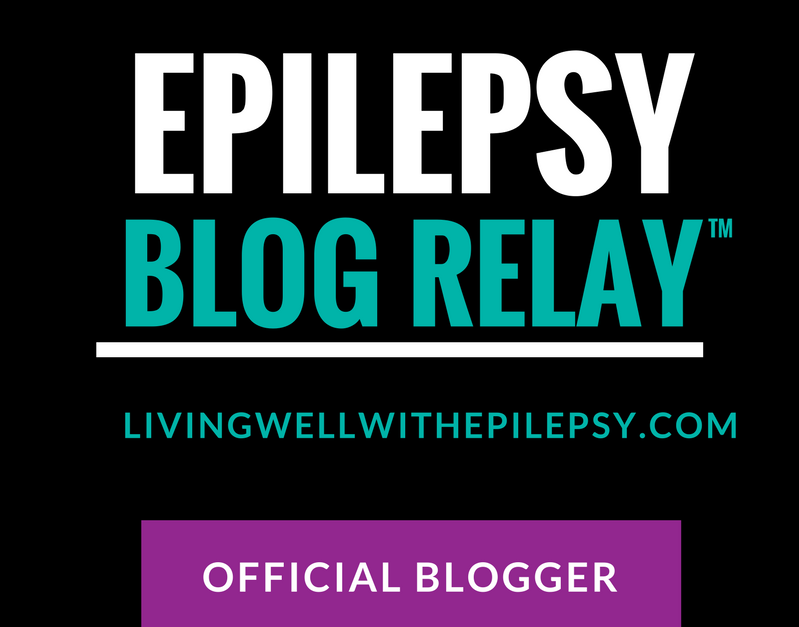 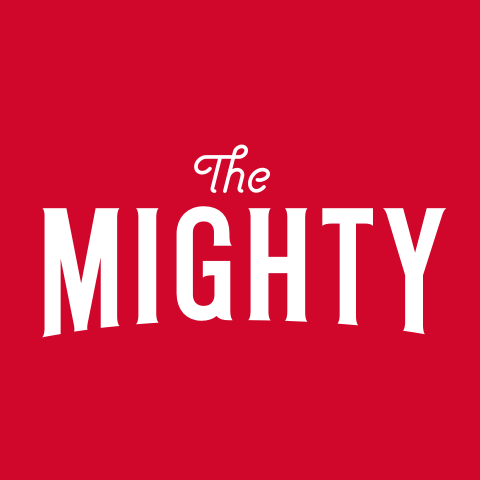 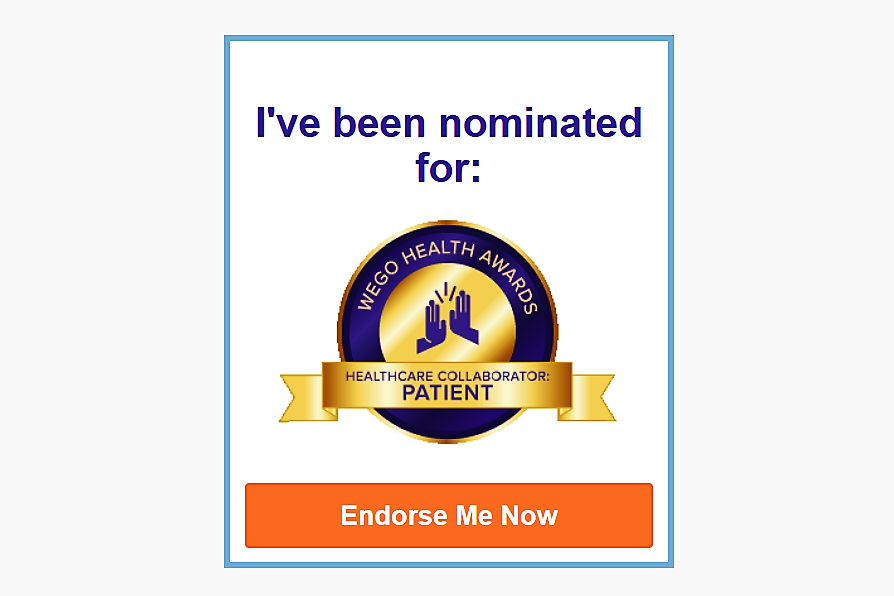 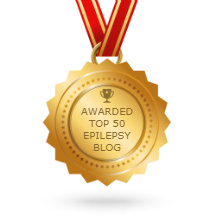